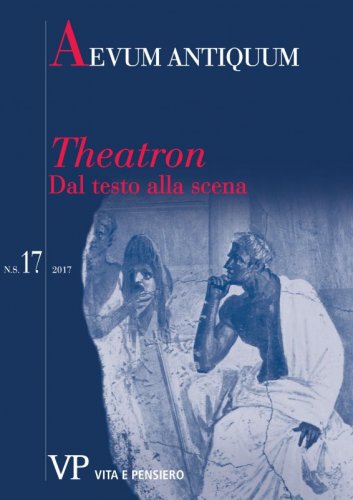 | AEVUM ANTIQUUM - 2017 - 17
Anno: 2017
The Atellan farce, a popular form of theatrical entertainment which originated from the Oscan town of Atella and was performed in Latin outside Campania, is generally referred to as a theatre of improvisation. Its comic character is based on the use of fixed characters and situations.
€ 6,00