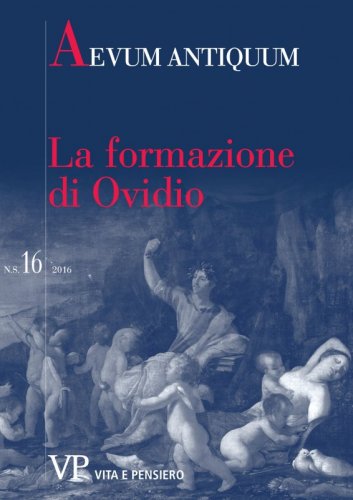 | AEVUM ANTIQUUM - 2016 - 16
Anno: 2016
In Cratinus’ Seriphioi 223, 1 K.-A., Perseus is informed of the populations that he is going to face during his journey to Medusa’s land. In the text transmitted by the manuscripts, one of these populations is Sakai. However, in order to make Perseus’ route more geographically coherent, Kassel and Austin accept Holstein’s emendation Sabai. Instead of taking Holstein’s emendation for granted, this paper argues for the political implication of Cratinus’ naming of Sakai.
€ 6,00